Shown below is what Fleer Oddball releases I have in my collection. As I acquire more, I'll add them to this post. 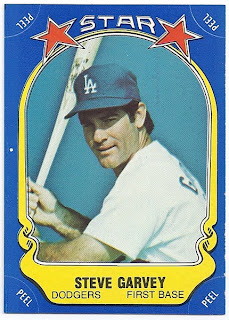 This is a concept that I liked alot as a kid (stickers the size of trading cards). Through the years, Fleer strayed from it a bit as they stopped using photos from their base set as well as shrinked the size of the set in future releases. 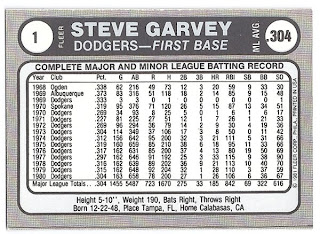 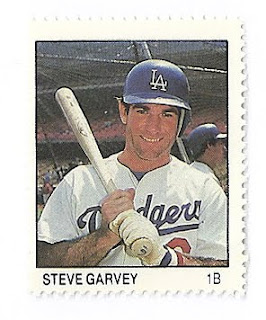 They were made available on panels. The other ones they produced I don't have in my collection yet. Note: I also don't have any of the Fleer Stickers that are the same size as Topps' 1980's stickers. 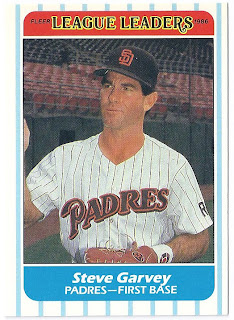 This card came out of one the slew of box sets that Fleer produced exclusively for big box, drug, toy and/or grocery stores in the mid-late 1980's. 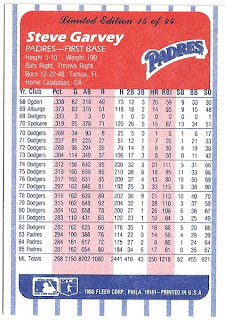 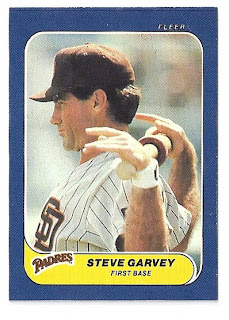 This image is similar to the one Fleer used for Steve's 1987 Fleer base card.

During the Hobby's growth years of the 1980's, 1975 Topps Mini's were going through a renaissance because of the perceived scarcity, cool design and high number of desirable rookie cards in the set. As a result, Fleer and Topps released Mini Sets (starting in 1986). 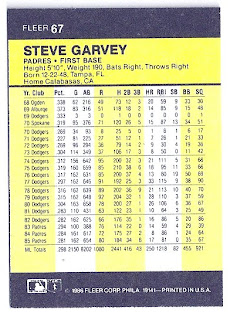 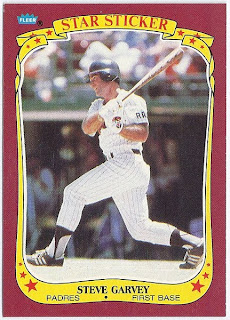 In retrospect, it interesting how Fleer's base set designs were rather conservation in the 1980's (at least until 1988), yet the Fleer Star Sticker designs had a little more flair (sic). 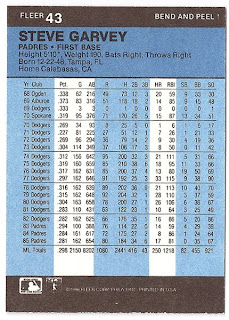 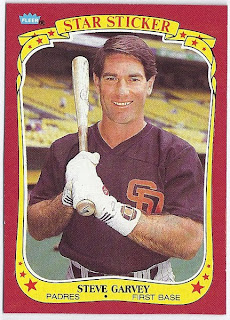 1986 Fleer Star Sticker Box Bottom #S-3 (front)
Donruss started a trend with their 1985 product when they included cards on their box bottoms (I believe that Dwight Gooden was one of the cards). By 1986, all the manufacturers were including cards on the bottom of their boxes. This lasted for a few years. 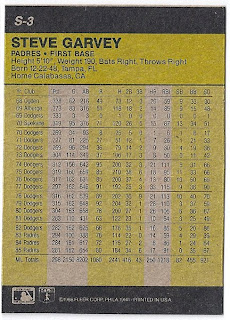 These were somewhat difficult to find in good condition because the front would often get scuffed. 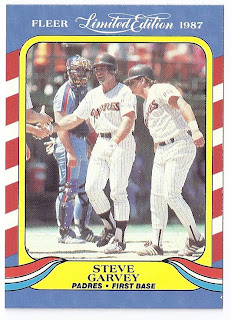 Another box set Fleer produced for a retailer. 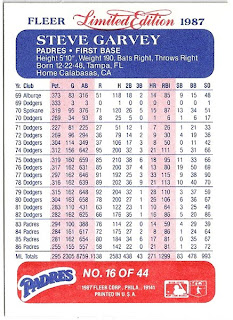 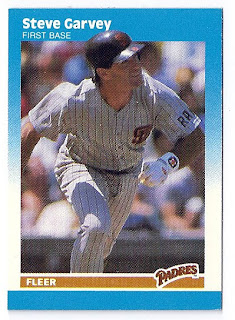 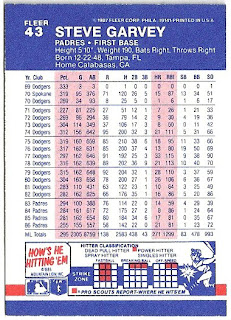 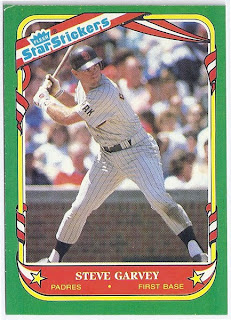 I'm not a big fan of this design or green border. 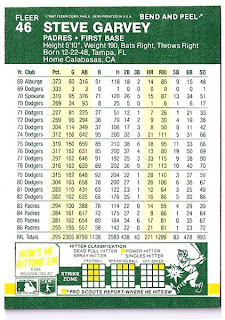