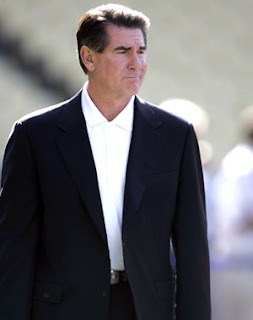 It's been a busy news week so far for Steve Garvey.

This past Monday, news came out that I didn't want to hear in which Steve didn't garner enough votes from the Expansion Era Veteran's Committee to be inducted into the Hall of Fame which means I'm waiting at least three more years for the next Expansion Era Veteran's Committee vote to happen (the veteran's committee votes on the Golden Era and the Pre-Integration Era the next two years). Interestingly, the Baseball Hall of Fame didn't even announce how many votes Steve received other than to say it was less that eight.

On Tuesday, the LA Times reports that Steve Garvey has an investment group that wants to buy the Los Angeles Dodgers (should they become available from the fall out of the McCourts' divorce). Interestingly, Steve notes in the article that he'd take the role of managing general partner if a purchase were to happen.

Finally, I'd note two interesting eBay auctions being offered by the Topps Vault. One that's closed and one that's still live.


The first is the final negative for Steve's 1971 Topps Rookie Card. 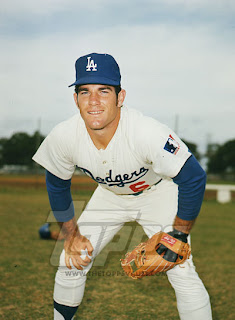 The second is the final negative for Steve's 1972 Topps high number card. 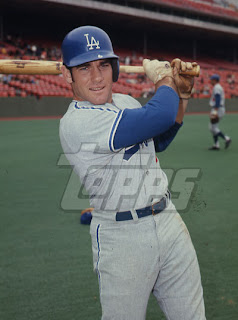