Below are some assorted oddball cards of Steve Garvey's that were released during various points of his career. These are items that I missed out on acquiring during my childhood years and have picked up recently.

This actually came out of an annual preview publication. I like that it only shows stats up until 1969. It's amazing that Steve wasn't able to settle in as a regular until 1973 even though he hit .373 in 1969 in AAA. 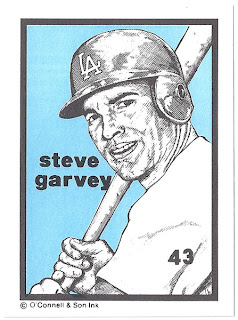 This set was produced by Sports Collectors Digest writer T.S. O'Connell during the late 1980's. The backs of the cards are blank. I'm curious as to how these were made available to the public and if they were even licensed by MLB and/or MLBPA. My guess is that they are because they're listed in Beckett Baseball and they don't list unlicensed baseball cards (i.e. Broders) 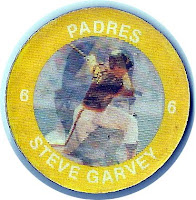 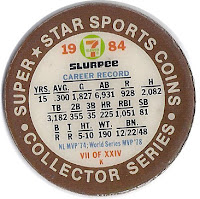 These coins were the precurser to Sportflics' Magic Motion concept since they predated their first release by two years. I wonder if the company that produced these also produced Sportsflics. 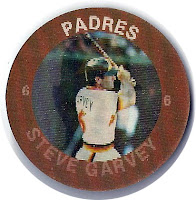 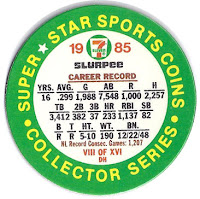 I never collected them but I could imagine that these would double for POGs (Pineapple, Orange, Guava) lids when the fad took off in the 1990's. 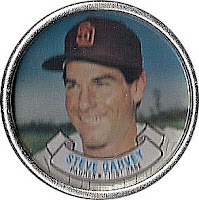 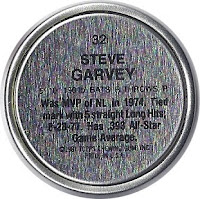 I wonder how many times in their history did Topps produce a coin-themed baseball product. These don't scan that well because the pictures are recessed.

Posted by steelehere at 6:41 PM