Final Years as a Dodger

Below are Steve's five Topps/OPC releases as a Dodger. I felt that Topps did a good job of selecting images with the exception of his 1982 base card. 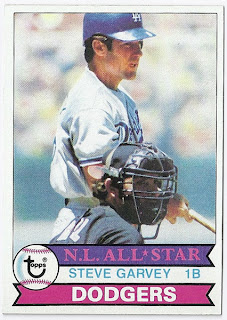 1979 Topps #50 (front)
Sadly, this card is a double print. It seems that only slightly fewer of these were produced than Steve's 1987 Topps cards. I think the catcher is the Giants Marc Hill. 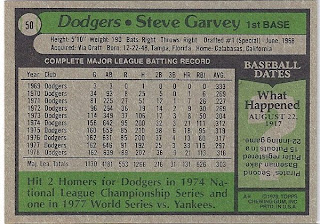 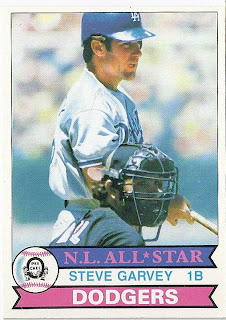 The O-Pee-Chee logo had a lot more style than the Topps logo in 1979. 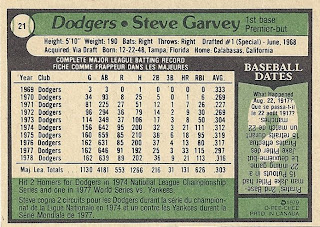 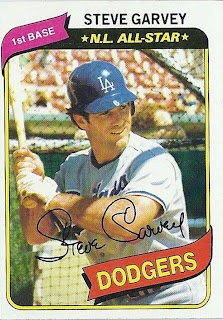 1980 Topps #290 (front)
This is another one of my favorite cards. It's probably because of the use of Primary Colors (Red and Yellow) that balance nicely against the Blue Dodgers jersey. 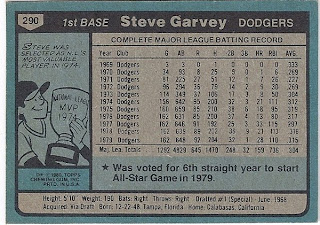 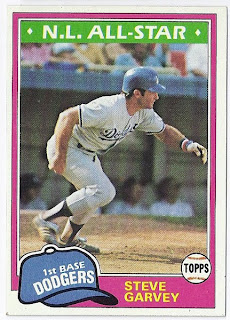 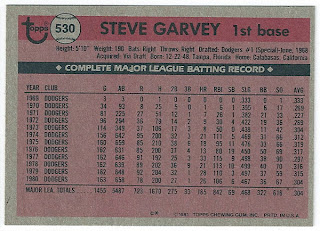 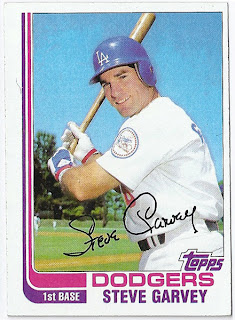 1982 Topps # 179 (front)
This is my least favorite Topps card of Steve as a Dodger. Things I don't like about this card include: the Hockey Stick on the left side of the card, the pink and purple color pattern on the hockey stick, the fact that Steve's wearing a helmet that covers his ears and the fact that the card's image always seems a bit blurry to me. 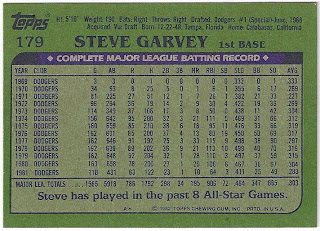 1982 Topps # 179 (back)
As a kid, I was alway disappointed that Topps didn't produce World Series Cards from the 1981 World Series in their 1982 set as they had done with most of their sets during the past two decades. 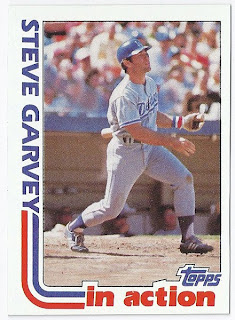 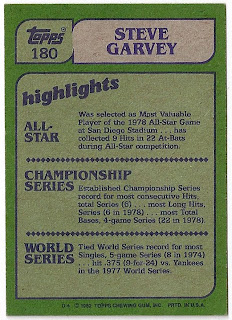 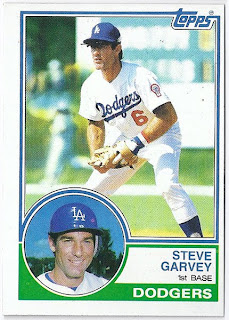 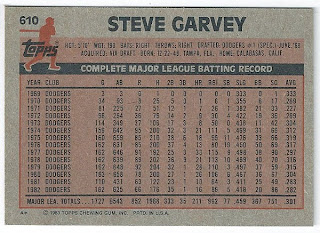