This post is for all the oddball releases of Steve Garvey from the 1975-1979 with the exception of Kellogg's (which were in an earlier post) and the MSA Discs. Because there are so many of those round circles, I'm going to save them for another post.

My collection of these items is a work in progress as I still need quite a few items. When complete it'll include the following releases; 1975 SSPC & SSPC Puzzle Backs, 1976 Linnett Superstars, 1975-79 Hostess, 1977 Topps Cloth Stickers and 1979 Topps Comics (as well as anything else if I discover it exists). 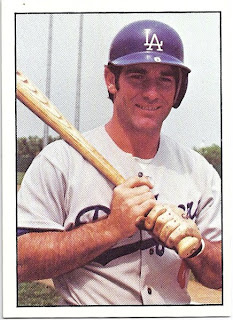 This set is often called the "Pure Card" set because of the sets clean design. I believe it was produced by the same company (TCMA) that made various sets of Minor Leaguers and Retired Players during the 1970's and 1980's. 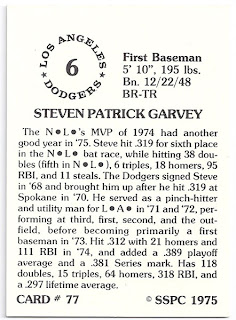 Many of the descriptions on the 1975 SSPC card backs were written by Keith Oberman. 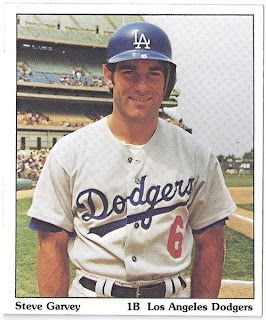 
This card is over-sized. 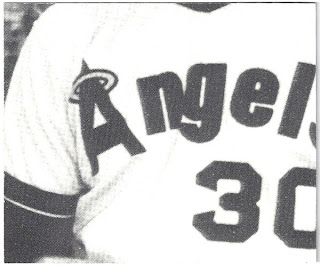 The puzzle on the back is of Nolan Ryan. 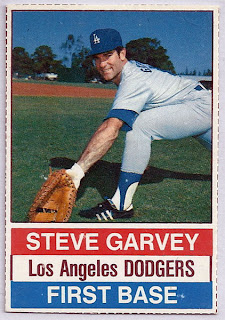 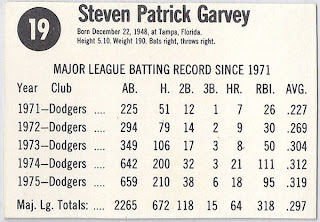 Hostess' backs were pretty boring compared to Kellogg's and Topps. 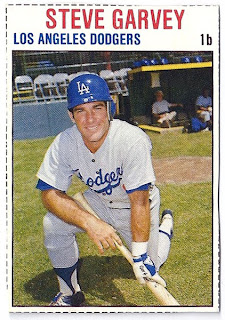 Here's Steve in the same pose as half of his Kellogg's cards. 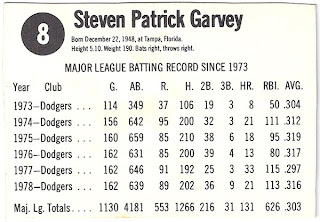 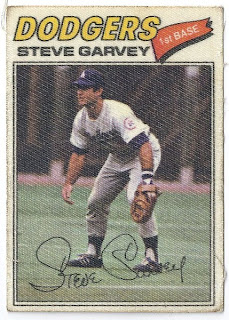 
This is a card that I always wanted as a kid but didn't get until a few years ago. I definitely need to get one that's in better condition as this one is fraying. 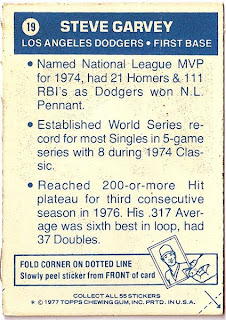 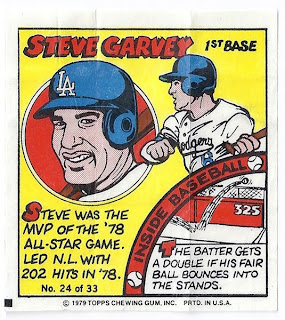 I remember collecting these as a kid. I probably put together ten sets as the set was small, the packs were cheap (5 cents per) and the gum was big and good. For whatever reason, the Eddie Murray comic was tough for me to get. 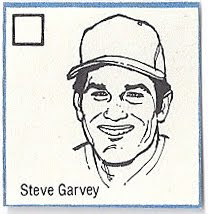 1977 7-11 Slurpee Checklist
Update: This came with a recent purchase. Sort of non-descript looking.
Posted by steelehere at 3:40 PM