The cards below consist of 1980's Oddball Releases of Steve as a Dodger (for the most part).
They include Topps Super, Drakes and Perma-Graphics Credit Cards. As I acquire more cards, I'll add them to this post. 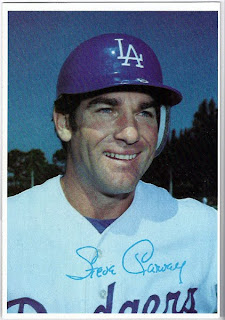 This card was from the set that was released Nationally. 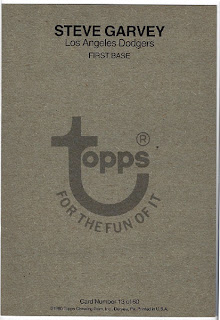 Topps didn't exactly try hard to fill the backs up with interesting content. 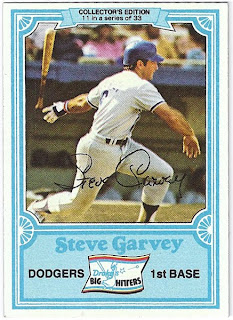 These were released on the East Coast. This set was produced by Topps for Drakes Bakeries as a premium to be inserted into their food products and utilized the same image as 1981 Topps. 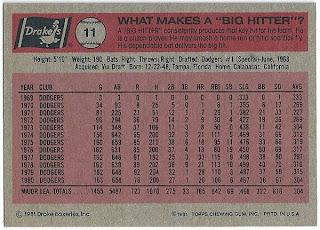 With the exeption of the top bar, the backs are almost exactly the same at 1981 Topps. 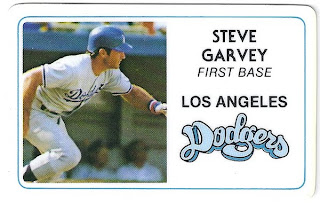 I remember the 1981 release very well from when I was a kid. I actually kept one of these in my brown Ocean Pacific (OP) velco wallet. This was another premium release that Topps produced. Again the 1981 Topps Photo was utilized. 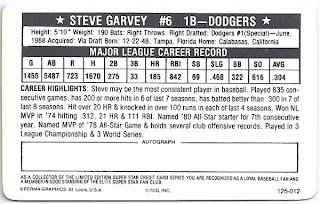 The card back was very well thought out. I especially like the space set aside for autographs. 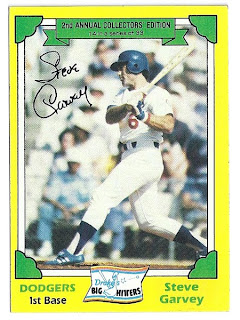 This design of this card isn't the most attractive and it clashes with Dodgers' colors.

Note: 1982 wasn't the best year for Topps when it came to card designs (for both their base set and their premium products). 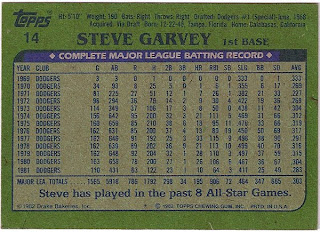 The card back is almost the same as the regular 1982 Topps base set with the exeption of the card number and Drakes Bakeries Marks as the bottom of the card. 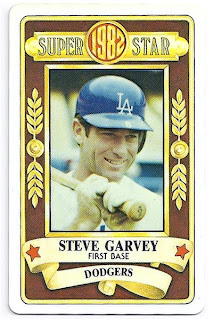 Unlike their 1981 set, I don't remember this set from my childhood. 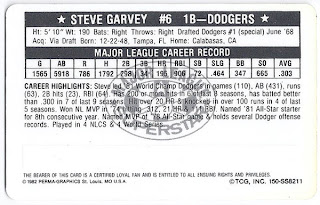 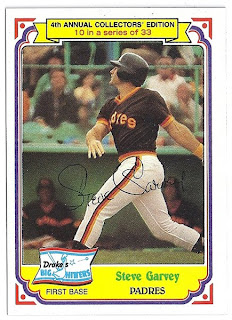 I've never had any of Drake's products. Does anyone know what products these were packaged with in the 1980's? Also, how do their products compare to Hostess and Little Debbie? 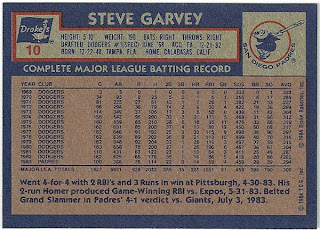 Do you have the 1981 "Home Team" 5x7 of Garvey? It looks like the national one but it has a white back instead of brown. I think I have an extra one so if you'd like it drop me an e-mail.

I've never had any Drake's myself, but I have a few complete boxes with Rickey cards on the back. In 1988 he was included on boxes of Yankee Doodles, while other brands included Chocolate Donut Delites, and Sunny Doodles. Here's a link to the post: http://www.rickeyhendersoncollectibles.com/2008/02/few-rickey-oddball-cards.html

MattR,
Thanks for the offer. I'm familar with that card but I don't have it. Do you have a want list of cards you're looking for that I could work off of to send as a trade?