Below are some cards that I purchased online recently. They fill in some holes in posts that I've written in the past. 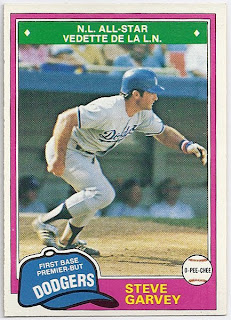 This card has the feel of a completely different card (compared to 1981 Topps) because of all the French writing. 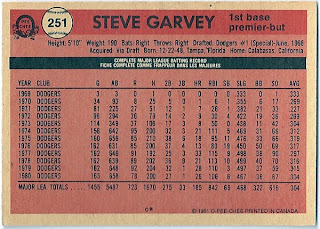 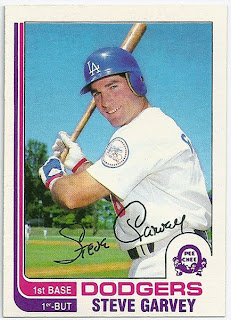 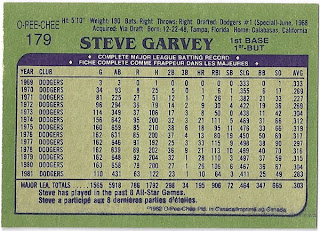 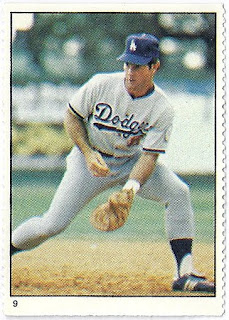 Great action pose by Fleer. 1982 Stamps didn't have anything on their card backs. This stamp, the 1983 sticker and 1985 Fleer Limited Edition (shown below) will eventually be added to the Fleer Oddball section. 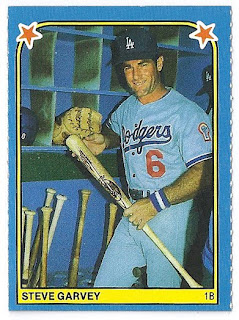 Fleer did a one season attempt at mini-stickers (ala Topps/Panini). Along with Steve's 1982 Topps' 1981 World Series Sticker, this might be my favorite sticker of Steve's because of all the blue. 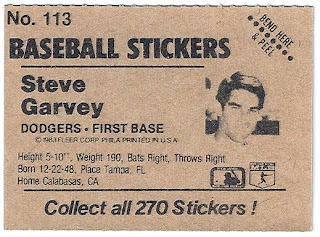 Props to Fleer for including a picture and biographical information on the back. 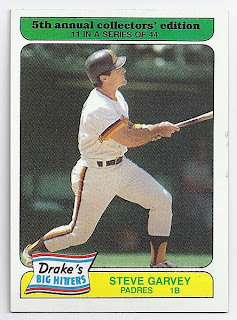 This is the only Drakes Bakeries of Steve that I didn't have in my collection. You can see the others here. 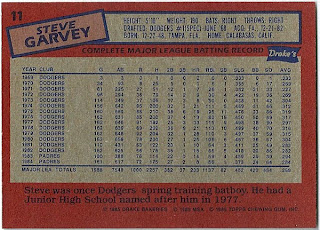 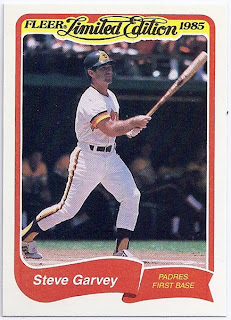 This is one of the first of many box sets that Fleer produced in the mid-1980's. 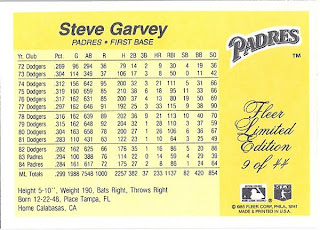