From 1981 to 1990, Topps produced a sticker set in addition to their base set of trading cards. One of the most interesting aspects of these sets is that they were produced in Italy. My guess is that Topps outsourced the production of these sets to the Italian-based company Panini as they were also producing NBA licensed stickers around this time under their own brand.

Below are the Topps stickers of Steve Garvey that I have in my collection. Note: I'm currently don't have Stickers #1 & 2 from 1985 as well as any of the O-Pee-Chee stickers. Once I get them, I'll add them to this blog. 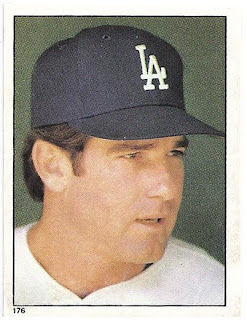 Pretty bare-bones design here. If you removed the number of the front, these would look exactly like the 1976 SSPC sets design. 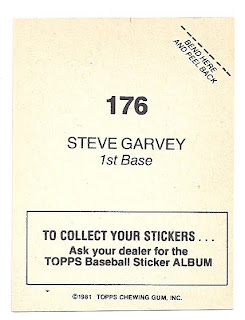 1981 Topps Stickers #176 (back)
As a kid I only remember collecting these stickers in 1981 & 1982. I must have not been a big fan of them as I continued to collect Topps' base product for the rest of the decade but passed on the stickers. 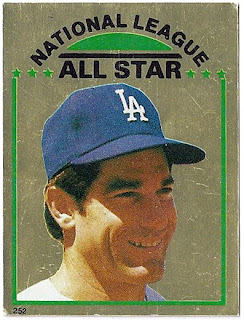 1981 Topps Stickers foil #252 (front)
One thing I do remember about this product when they came out in the early 1980's is that the Foil Stickers were a big deal. This one is in serious need of an upgrade. I still have a few of the sticker albums from the 1981 & 1982 sets (though I never put the stickers in the actual albums). 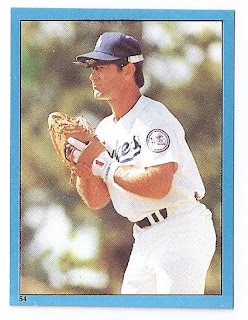 Topps again used a bare bones design with their 1982 set. An interesting aspect of the 1982 release is that Topps choose to seed the stickers in some of the packs of their 1982 base product as a way to get collectors interested in them. 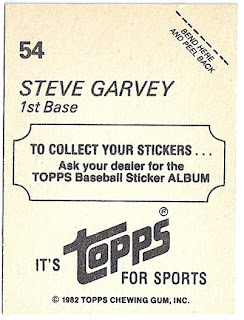 The backs of the 1982 stickers are almost exactly the same as the 1981 release. 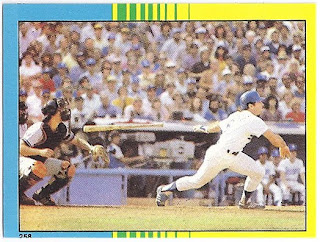 Topps made up for one of the mistakes that they made in their 1982 base set by producing stickers from the 1981 World Series. As far as photos on Steve's cards and stickers go, this might be one of the best. It's too bad that Topps didn't use this shot for Steve's 1982 Topps In Action card. 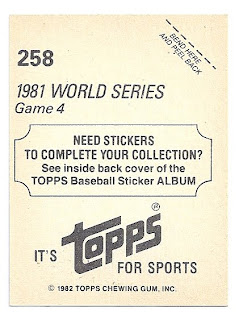 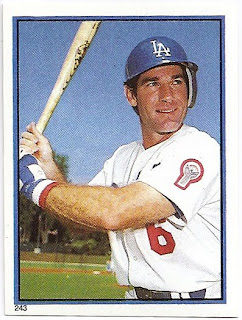 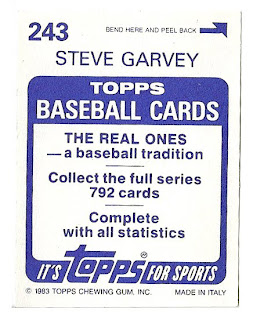 Topps changed the backs of their 1983 set. For the first time, they noted that the stickers were made in Italy. It's also interesting to see that they're cross promoting their 1983 Topps base set. 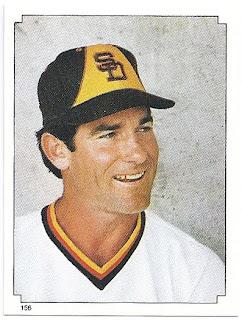 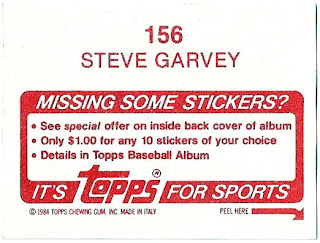 This has to be one of the coolest offers a manufacturer has ever made. I don't know who's included in the 1984 set but if it included Don Mattingly and Darryl Strawberry (1984 was when their Rookie Cards were released), I'm imagining many of the want lists Topps received had these two names. 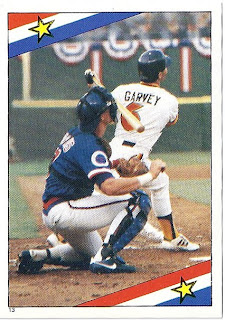 Topps finally came up with a design (at least for their 1984 playoffs stickers). This is a great action photo though I don't think it would look good on a Topps' base card because you can't see Steve's face. 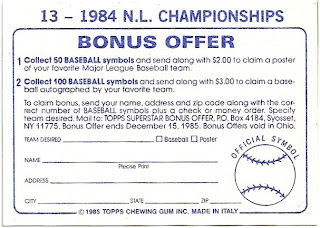 As I mentioned previously, I didn't collect 1985 Topps Stickers when they first came out. I'm guessing that "Baseball Symbols" were the (peeled) backs of the stickers. 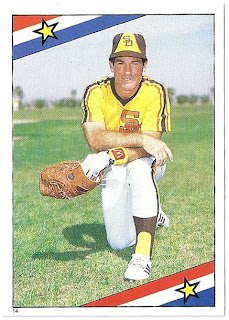 The color coordination of the Padres' uniforms in 1984 (shown on the 1985 Sticker) resulted in Steve comparing them to Taco Bell uniforms. 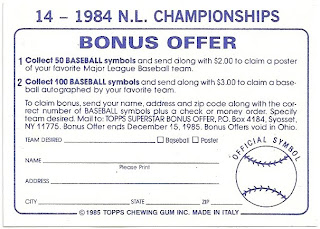 1985 Topps Stickers N.L. Championships #14 (back)
Does anyone know what the team posters look like that were offered on the back of the stickers. 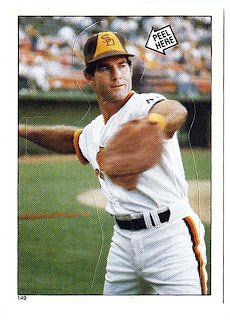 The base sticker in Topps' 1985 is bare bones again. I do like how Topps gave collectors the option to peel only the player by outlining him on the sticker. 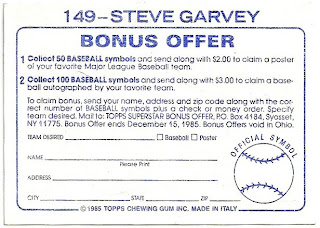 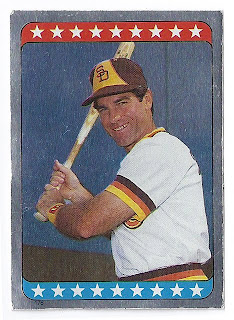 1985 Topps Stickers Foil #176 (front)
Another of those Popular Foil Stickers. 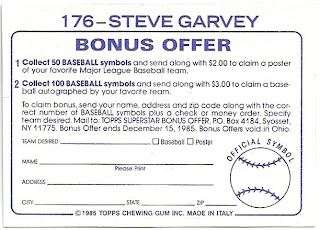 1986 had an odd design. At least they gave collectors the option of peeling the player portion of the sticker off. 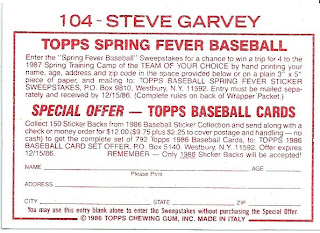 The cards in the Spring Fever baseball set offer appear to be the same as the ones that Topps offered in their 1986 Topps Base set. 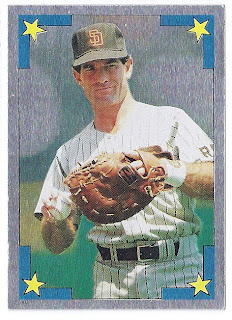 This is my favorite design of the Topps Stickers Foil subsets. 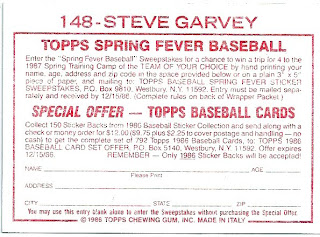 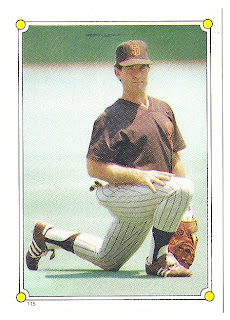 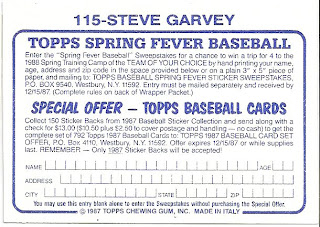 Finally, I'd note that I received some cards from my want list (as well as a few others as a bonus) from a fellow blogger. I'll show them on my next post.
Posted by steelehere at 6:33 PM